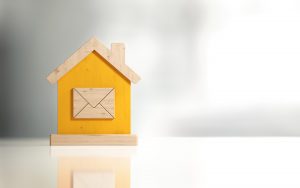 Dyslexia and attention deficit hyperactivity disorder (ADHD)/Executive Function (ADHD/EF) are each complex disorders in their own right, and this brief paper is meant to shed some light on the commonality and differences of each disorder.

Dyslexia and ADHD/EF are separate disorders, yet they can occur at the same time, as a so-called comorbidity. There are many reasons for this coexistence, but the bottom line is there are several brain structures (higher cortical and subcortical) that must work together to efficiently express reading, sustained attention, and the expression of executive functions. The first step is to define what kind of dyslexia is being discussed and define the difference between ADHD and EF.

The two most common types of dyslexia are termed phonological dyslexia and orthographic dyslexia. The former relates to an individual’s inability to crack the sound/symbol relationship between letters and sounds and blended letters and sounds. The phonologically dyslexic student may spell a word that is indecipherable, for example spelling /collection/ as /cleshin/. In addition, these students have much difficulty sounding out words. Orthographic dyslexia refers to the lack of ability to consolidate sight word recognition of common/high-frequency words based on repetition in the absence of a memory deficit. Children with orthographic dyslexia may misspell mother as /muthr/despite the fact that they have seen the word thousands of times. The same student may read /father/ as /feather/as approximation is a common attempt at compensation for the deficit.

ADHD has to do with the child’s unreliable expression of sustained attention and inhibition. That is, the child frequently inattentive or impulsive, but not all of the time. The curse of the disorder is that the child is unaware of when they are being inattentive or impulsive; therefore, they are unable to tell themselves to focus and inhibit. The clinician always characterizes ADHD as inattentive type, hyperactive type, or combined type. The executive function (EF) portion of ADHD has to do with the ability to consolidate procedural memory, adapt and adjust to the environment, plan and organize problem-solving, and shift cognitive sets. EF is a very difficult disorder to assess and may be at the source of several kinds of learning disorders, including orthographic dyslexia. It is easier to remember the difference between the ADHD and EF as: medication will significantly improve attention and inhibition but will not touch executive functions.

ADHD/EF deficits in the mainstream are largely considered a frontal lobe deficit, but neuropsychological professionals understand these disorders as involving the frontal lobe, subcortical/limbic processing, and cerebellar functions. That is, one must consider that deficits are not stand-alone problems in the brain. All brain function is multiply determined as various areas of the brain must work together to produce various skills.

As previously stated, EF can be predictive of certain kinds of learning disorder of which orthographic dyslexia is one. The EF process known as perception action coupling (PAC) is the ability for one to consolidate procedural memory into the cerebellum based on repetition. When a skill is consolidated, such as driving the car, then it can be executed with little or no thought. The cerebellum is essentially automatically driving the car, which in turn frees higher cortical cognition to think and problem solve in real time. Recognizing common/high-frequency words in reading is a similar process. We do not think how to read /mother/, we recognize the word based on repetition. Therefore, we can read a word like /mother/along with other words in a sentence without stopping to phonetically break down each word, which would cause reading to be slow and cumbersome.

It is having to do with subcortical/limbic and cerebellar processes. As previously stated, orthographic dyslexia May be largely subcortical; in particular, cerebellar. Studies have shown that individuals with orthographic dyslexia have worse procedural learning abilities than control groups. The literature also suggests that the cerebellum is one of many regions affected in dyslexia and is largely responsible for procedural memory and learning. A core deficit is poor skill automaticity.

One of the most important contributions of the cerebellum to literacy development may be in the realm of learning: the cerebellum is part of the procedural learning system, and dyslexia at its core is a deficit in the acquisition of a complex skill that must be habituated. If a skill is not habituated, it is not automatic. Procedural learning, procedural memory and more subtle differences in nonmotor functions supported by the cerebellum, including language, working memory and executive functions could be a possible link in why many individuals with ADHD/EF have learning disabilities such as orthographic dyslexia.

Skills that can be evaluated apart from one’s phonological awareness abilities are rapid automatic naming (RAN). This provides insight to one’s executive functioning skills. The goal of rapid naming tasks is to measure this: Once information is acquired and stored in the brain, how quickly and accurately can the individual access that stored knowledge? Here is how it translates to reading: when a student is looking at a letter, or phonogram to represent a speech sound (“k” or “sh” for example), or even a phonetically irregular sight word such as “was”; how quickly and accurately can they “find” that sound (or words) in their mental phonemic filing cabinet. This is the key to reading fluency. This is largely an executive function that also is dependent on sustained attention and inhibition. An import question to answer in evaluating literacy development is, have these skills sets been habituated to automaticity? If not, fluency and accuracy can suffer and poor comprehension could potentially be a consequence. Individuals who have deficits in both rapid naming and phonological awareness appear to be at greater risk for reading problems compared to individuals with deficits in only one of the two areas.

Rapid Automatized Naming (RAN) tests can tell us a lot about students’ reading skills. Research shows that kids who struggle in RAN tasks are very likely to struggle with reading. Reading involves more than just phonological awareness. Specifically reading brings together several complex processes. These processes involve our verbal, visual and motor systems. RAN ability seems to covers all of them. Even studies of reading disorders in Chinese children (learning a nonphonetic language) with ADHD showed RAN to be a significant factor and a strong predictor of reading ability.
Students with problems in both RAN and phonological awareness have what’s called a “double deficit.” Students with this profile usually have more severe reading problems as there is both a phonological deficit and likely an executive functioning deficit.
It is important to point out the relationship between the comorbid disorders and discuss the likely neurological origin. Making connections such as this, drive the appropriate intervention method as well and the recommended frequency and duration of the intervention. ADHD/Executive Function Deficit can have an adverse effect on one’s ability to habituate skill sets such as the “procedure” to learn phonograms. Due to many students having executive function difficulties associated with ADHD, treatment requires high repetition, frequently to develop and habituate sound-to-letter correspondence, as well as phonological and morphological rules of reading and spelling.

Dyslexia can be a life-long disability. With various dyslexia subtypes and comorbid disorders such as ADHD/EF, understanding a child’s unique cognitive blueprint allows for a more precise diagnosis and intervention plan. When a student is identified with both dyslexia and AD/HD and treated early, children with these disorders are more likely to overcome their difficulties while maintaining a positive self-concept.